What is a Swap Value Rule?

A Swap Value rule works a lot like a copy rule.  Where a Copy Value rule takes data and copies it to another column, Swap Value is a two-way street.  It exchanges values between columns.  These are often used in conjunction with Set Value Rules. 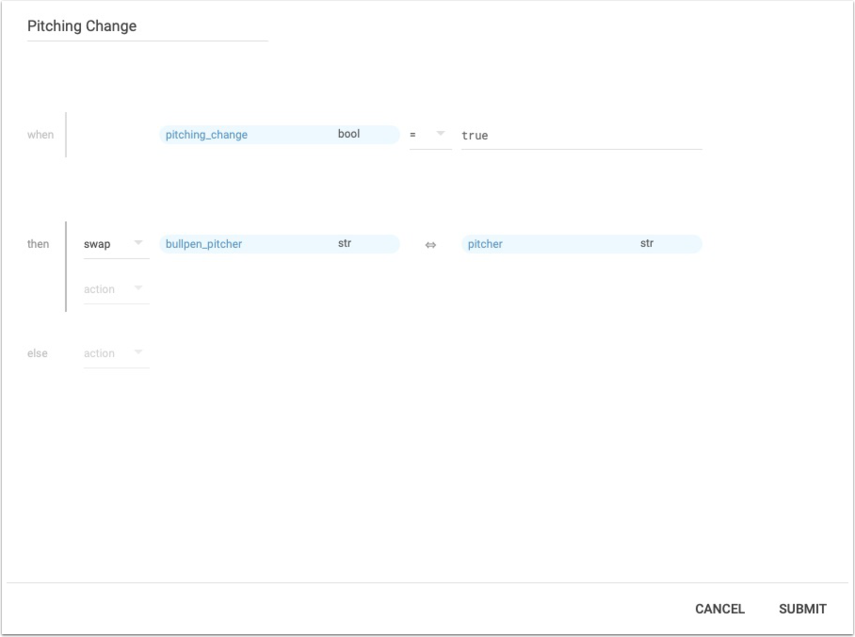