What is a Drop Rule?

A Drop Rule is a validation rule.   Drop is shorthand for Drop From Process.

1. The data payload in question is pended in K3.  It is not sent further downstream.

-Persistence set to: True        -The data payload caught by the when statement is saved.

-Persistence set to: False       -The data payload caught by the when statement is purged.

2. An email alert is generated.

For example, some data sources occasionally incorrectly populate fields.  Let's say that an upstream system send a field to K3 with no data.   This will cause problems for the Target system.  Thus, we can set up a Drop Rule to ensure that empty data is brought to our attention for correction.

This will hold the dropped payload until is manually re-pushed downstream.  See this article. 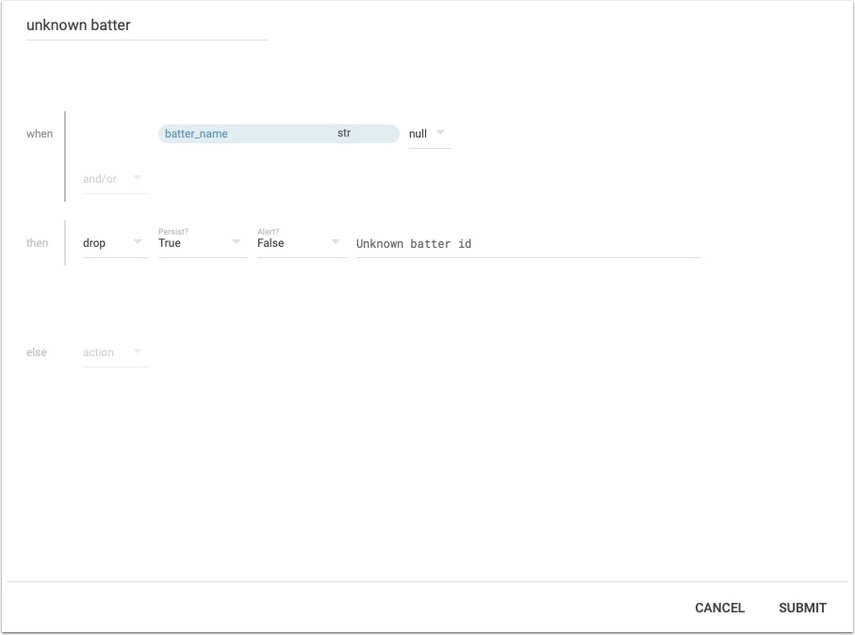